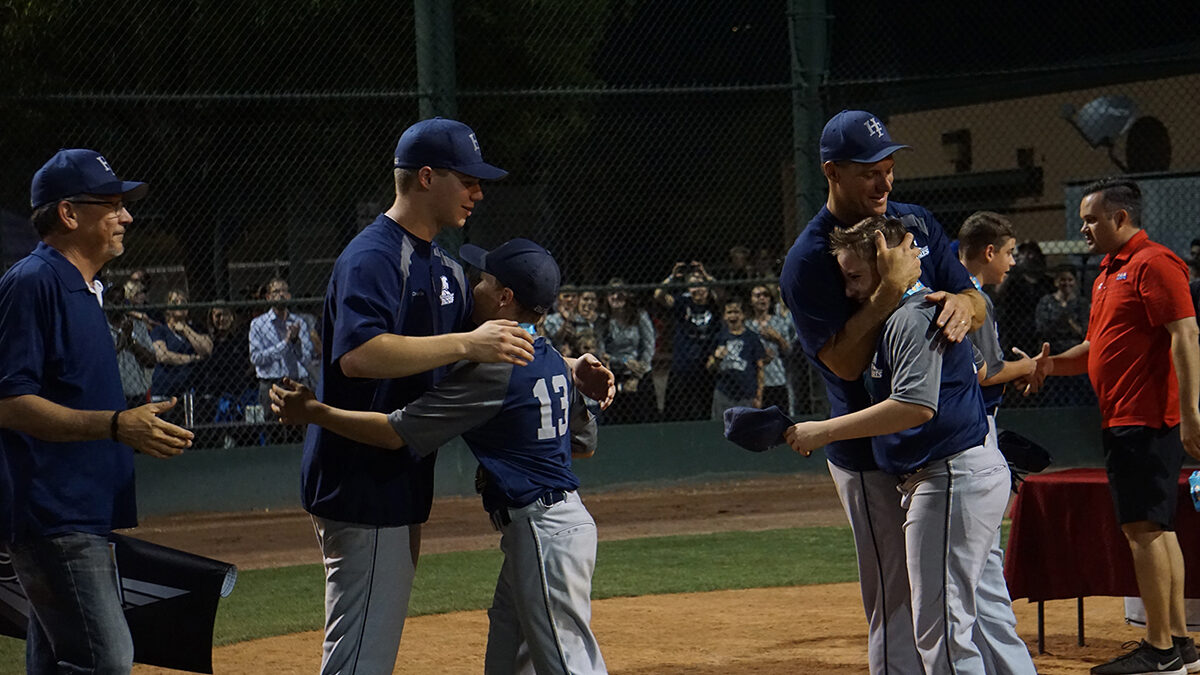 In their inaugural year, the Holy Family Academy Padres continued their athletic excellence by capturing the state title presented by the Canyon Athletic Association.

The Padres only were able to field 11 players in 2019, out of a total of 52 students in the school.  The team was comprised not just of varsity aged players, but boys from 7th and 8th grades as well; starting two of the 7th graders!

As if this was not already a challenge for the new team, practices were held either indoors for hitting, or on a softball field to run fielding drills – and the pitchers had only an artificial mound on which to practice.

This did not deter the players or the coaches, who had a very successful regular season, entering the playoffs 16-1 and seeded #2. On Monday, May 6, the Padres took the trophy home after a victory over Madison Highland Prep which saw the offense continue its dominant performance, and led by Joe Howard on the mound – the only Senior.

Thanks be to God for a successful, injury-free season, in which the boys had many opportunities to conduct themselves as Catholic gentlemen!