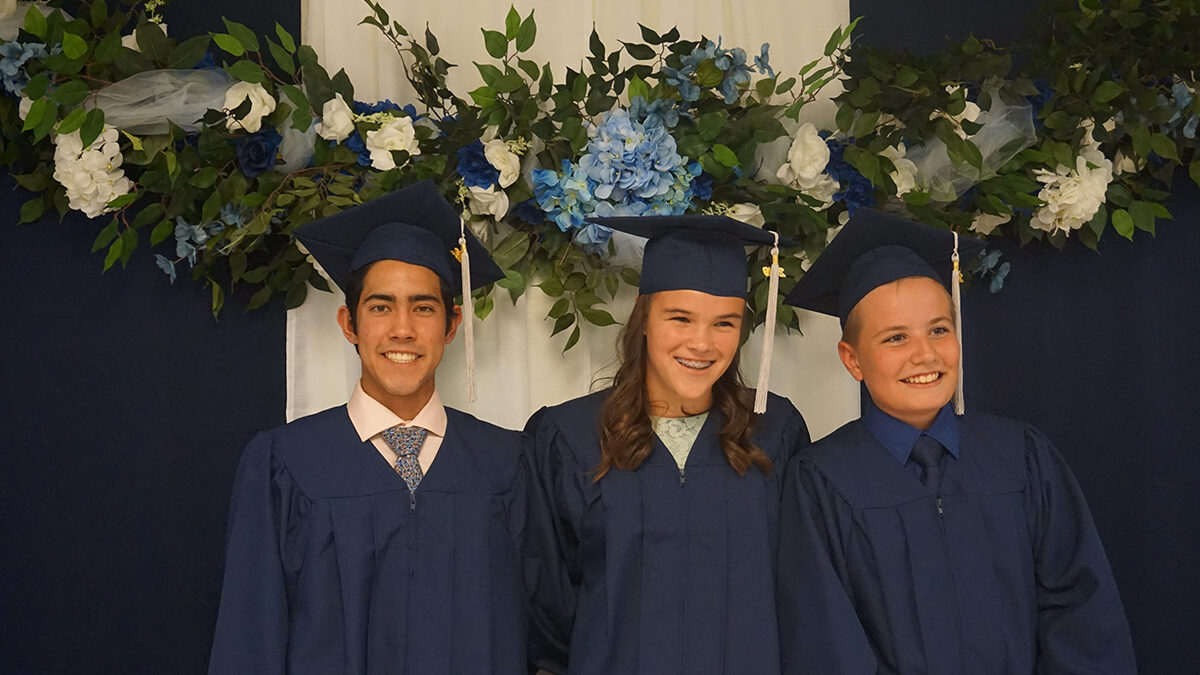 Holy Family Academy celebrated its first year of operation with a graduation ceremony held at the academy. Though featuring a small number of graduates, the day was a great celebration for the families, students, faculty, and board.

After Principal Graves welcomed those in attendance to the ceremony, Board Chair Dr. Shirley Weis gave the keynote address which focused on the theme of “With God, All Things are Possible.”  She noted the difficulties and challenges faced by HFA during its inaugural year, and demonstrated that the series of achievements enjoyed by the school could only have been done through the help of Divine Intervention – not human effort alone.

Dr. Weis stated that though much has been done, much is left to do, and noted that with confidence in Our Lord and the intercession of the Holy Family, the academy has every opportunity to succeed moving forward.

The school turned to its 8th Grade graduates, Anthony Lopez, and Elizabeth Maneely, both of whom were recognized as Presidential Scholars and given a certificate of recognition by Mrs. Graves, who had nominated them to the President of the United States for their excellence.

Elizabeth welcomed the guests to the ceremony, and Anthony spoke about his year at HFA – his first at a traditional school. Visitors remarked at the maturity shown by these two students, speaking before a crowd with clarity and poise.

Principal Graves awarded them their diplomas and turned to the high school graduation ceremony, where Joseph Howard, the lone representative from the 12th grade, also received a Presidential Scholar’s Award.

Joseph represented the school in a Valedictorian speech given to the assembly of family, friends, and guests, with a speech that spoke about the character formation he had received at Holy Family Academy, as well as the unique challenges and opportunities made available to him while fulfilling his high school requirements at Holy Family Academy.

The guests gathered afterwards for refreshments, with the teachers saying farewell to their students for another year, and the students wishing the graduates well in their endeavors!

Holy Family Academy closed the book on 2018-2019 with this event, forever grateful to its faculty, staff, benefactors, families, and students – with the greatest debt of gratitude to the Holy Family’s intervention in its success.

Indeed, HFA is a shining example of the truth that is: “With God, All Things are Possible!”