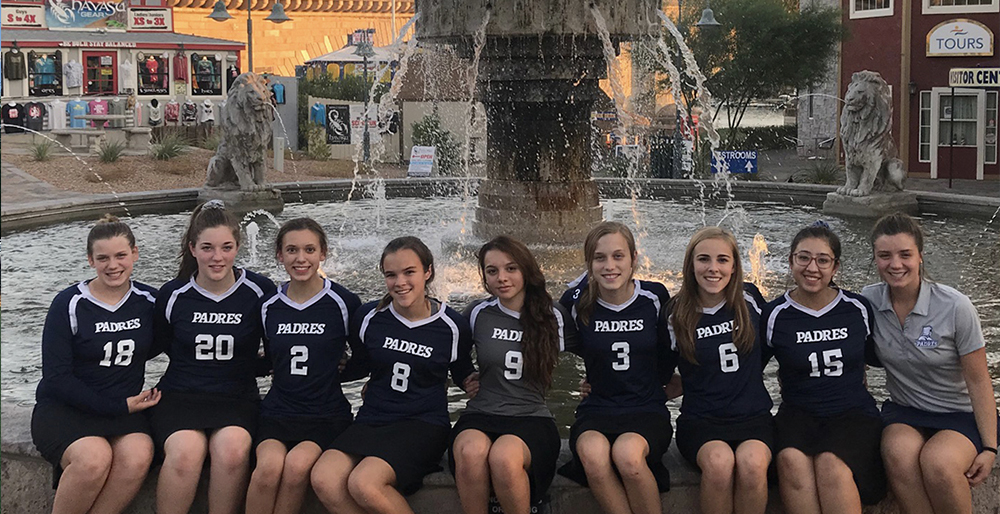 The girls volleyball team, led by captains Cecilia Obernuefemann and Emma Maneely, finished their regular season with a record of 15-1. They are currently ranked 2nd overall in the Canyon Athletic Association’s Division 1 volleyball league. Coaches Dominique DeMark, Clare Obernuefemann, and Jon Graves have been impressed with the cohesion of the team and their exemplary sportsmanship. Cecilia Obernuefemann is the only senior on the team.

Playoffs begin on Tuesday, October 22, 2019, at 6:00 p.m. in the Holy Family Academy gymnasium. The Padres will be playing against Basis (Prescott). Go Blue! Go Gray!

Many boys in grades 8-12 are currently playing on the soccer team of 91st Psalm Christian School. The team is coached by HFA parent Dr. Shannon Obernuefemann and Gabriel DeMark. The team finished their regular season with a record of 9-1. They are currently ranked 3rd in their division in the Canyon Athletic Association. The boys will begin the playoff season on Saturday, October 26, 2019. The location and time will be announced by the CAA soon. Best of luck to the HFA boys and their teammates!