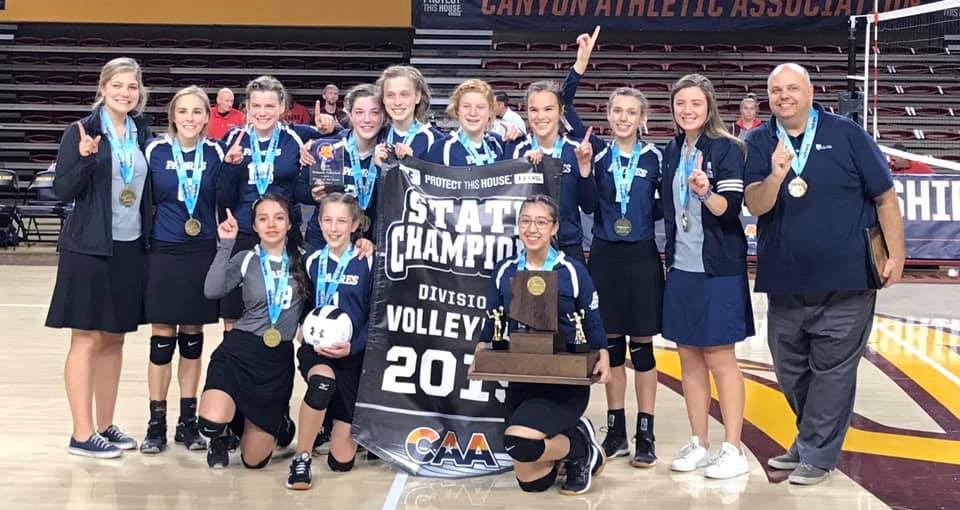 The HFA Padres defeated number 1 ranked Jefferson Preparatory High School in five sets. The competition was fierce, but that Padres prevailed under the guidance of coaches Dominique DeMark, Jon Graves, and Clare Obernuefemann. The Padres were awarded a plaque as Region 2 Champions in CAA’s Division 1.

Congratulations to Cecilia Obernuefemann who received a trophy for player of the game. The girls were a vision of determination and dedication. Co-captain Emma Maneely said, “We really wanted to get that State title and bring that trophy home to HFA!” Though the school is little, it is fierce!

Many boys in grades 8-12 are currently playing on the soccer team of 91st Psalm Christian School. The team is coached by HFA parent Dr. Shannon Obernuefemann and Gabriel DeMark.

The HFA boys gave their all and are proud of their soccer season!