It was a great night last night.  We said thank you to our two seniors,  Emma Maneely (7)  and Yami Ruiz(15).  There were tears, mostly from me.  The contributions these two have made are hard to put into words but that hasn’t stopped me yet.

Yami is part coach and part player on our team, on her own initiative.  As a player, she has become an excellent server and back row passer.  Yami truly  has a servant’s heart.  She always thinks of others before she thinks of herself.  She is an excellent example not only to  our younger players but the entire team, me included,  of how to think and act as a team member. Yami’s mantra is  “What can I be doing, right now,  to be helpful for my team?”  She helps organize and work with our  younger players in practice. She keeps books during our games too.   I was trying to put her in against Tri City and she had a score book on her lap.  “Yami, I need you on the floor, put the book down. ” She smiles, as she always does, and went in and got us a couple aces.  She is always upbeat and eager to play, coach, or do whatever the team needs.    Yami will be missed but not forgotten. We will try as a team to try to live up to her example of being a member of a team with a servant’s heart.  Thank you Yami!

Emma  has been a foundational player for us for our first three years.  The first season, she basically carried a team with three junior high kids to a final four appearance with a win over top seed, Madison Highlands along the way. We relied on Emma as our best player to lead us on the floor.    She was named our MVP last season for her outstanding all around play and clutch performances all season long on our state championship team.  This season, those junior high schoolers are now high schoolers and are all bigger , stronger and fantastic players in their own right. We have a new set of wide eyed junior high schoolers. s that have improved dramatically this season being on the same court with Emma and the other varsity players.  Whatever happens over the next two weeks is God’s will.  Emma can take pride in being a cornerstone of a volleyball program, built from scratch,   that will compete at a high level for the foreseeable future.

There was a game too.  We won!!!   Congrats to Hananh Wheaton for earning player of the game.  Here is the write-up on MaxPreps:

There were several great performances last night. The Maneely sisters, Emma and Ellie, had 9 and 10 kills respectively and excellent nights defensively. Well done ladies. Hannah Wheaton gets the nod as our player of the game. Her stats are compelling 7 kills on 12 swings, 58% Success ratio or attacks, .333 efficiency. What takes her over the top is her ball handling. She handled 9 serves and had 8 perfect passes, this is tremendous. Her entire game has improved dramatically since August. She is a rising force on our team. Hannah told me at the beginning, “I want to be able to handle the ball like the rest of the team.” The hard work and willingness to change some habits have paid off. Well done Hannah and Congratulations on your performance last night.

Thank you to our Seniors for all you do.
– Coach Jon Graves 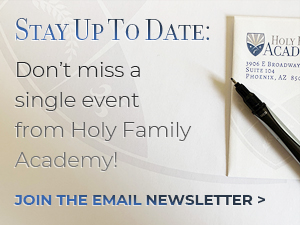