Want to Work With Us?

We’re always interested in finding the right educators to bring Holy Family Academy’s values to our students. Please send a note to info@hfaemail.org if you or someone you know would be a good fit!

Meet the Educators of Your Children 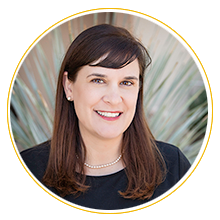 Mrs. Graves has a Bachelor of Arts in Spanish and Secondary Education with a minor in Psychology from Loras Catholic College in Dubuque, Iowa with the Hoager Award in excellence in foreign language.  During her time at Loras, she studied at the University of Quito in Quito, Ecuador.  She also studied at the Universidad de Compostela in Santiago de Compostela, Spain.
Her undergraduate thesis was on the topic of developing foreign language programs in elementary schools.
She earned a Master’s degree in Human Development Counseling from the University of Illinois.
Mrs. Graves has over 20 years of experience working in both public and Catholic schools as a teacher and school counselor.  She was the Diocesan crisis team coordinator for the Diocese of Phoenix for three years.  She is also a Nationally Certified Counselor.
Laura looks forward to serving as principal at Holy Family Academy.  As a product of Catholic schools, Mrs. Graves understands the value and importance of traditional Catholic values and educational excellence in young people. 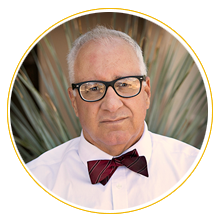 Dr. Butta was born in Brooklyn, New York, but raised in Los Angeles. He has been teaching for approximately twenty-six years. This includes at the elementary level (grades four through six; while being a full-time principal); the high school level (grades ten through twelve); and the university level (100-300 level courses). Dr. Butta received his bachelor’s degree in philosophy and theology and his master’s degree in philosophy of religion and theology. He completed his doctorate at the University of Wales, Trinity St. David, in Lampeter, Wales.  He is also a veteran; having served as an infantryman in a parachute regiment for four years. In his off time, Dr. Butta likes to read, run, ride motorcycles off-road, and drink espresso. 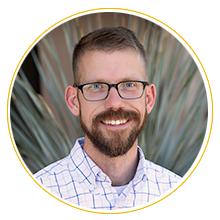 Mr. Latham received his Bachelor of Arts in Art History from Kansas State University in 2007. His initial career choice was to teach art history at the collegiate level. He was accepted to Michigan State’s Masters program before placing this plan on hold due to a growing family. He has taught in high schools over the last 5 years, and is excited to volunteer his time to provide Art History and US Government classes to juniors and seniors.

Mr. Latham is married with 4 children – all attending HFA – and is the owner / president of Roll Products, Inc, as well as the Secretary of the Board of Directors for HFA. 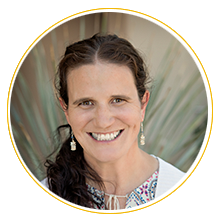 Mrs. Conroy graduated from Southern Illinois University in Edwardsville, Illinois with a Bachelor of Science in Elementary Education.  She has over ten years of experience teaching children in grades Kindergarten and younger in both public and private schools.
Mrs. Conroy loves teaching Catholic school students and marvels at their wonder and depth of faith.  She is a avid Chicago sports fan and is rooting for the Cubs to win the World Series again.
Mrs. Conroy was married in 2018 and is enjoying married life with her husband, Adam. 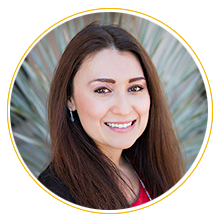 Mrs. Natili is from New Jersey and received her bachelor’s degree in Elementary Education at Pennsylvania State University.  She worked on her student teaching in Pennsylvania.
After she graduated, she worked in a Montessori school in New Jersey teaching grades 1-3. She also taught Kindergarten in a public school for two years in New Jersey. After that, she moved to Maryland and worked in a Sylvan Learning Center as the Director of Education for pre-school to high school level students. In Rhode Island, she worked as a Math Intervention teacher in a public school for almost two years for students in grades K-5.  For the last year, she has been living in Pennsylvania and teaching English and Math to students online who live in other countries.
When she is not teaching, she is either exercising, playing with her puppy, or traveling with her husband! Mrs. Natili is a practicing Catholic. She is so excited to have moved to Arizona and be part of the Holy Family Academy! 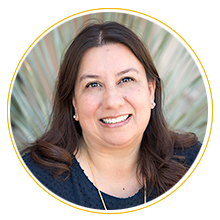 Michelle Sabo is excited to join the Holy Family Academy’s staff full time for the 2019-2020 school year!
She started her career as a respiratory therapist and from there went on to business administration and real estate. During that time she always had one foot in the education system working as a school librarian, IEP (Individualized Education Plan) liaison, Church education coordinator and trainer and a long term substitute teacher.
Working with these amazing HFA families and students has convinced her to make the move into full-time teaching. Mrs. Sabo and her husband are Arizona natives celebrating their 29th anniversary this summer; they have four married children and 8 grandchildren. She’s looking forward to a great year in the 4th and 5th-grade classroom, and can’t wait to see the students in the Fall! 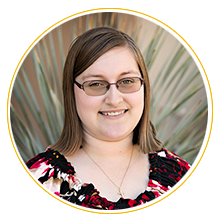 Miss Sofia Falter graduated from Grand Canyon University. She has a Bachelor’s Degree of Science in Elementary Education.  She attended Catholic school herself from 1st through 12th grade.
Most recently, Miss Falter taught third grade at St. Jerome Catholic School for the 2018-2019 school year. She is excited to get back into teaching middle school.  Miss Falter comes from an ex-military family where she learned many things about leadership and science.
She is the oldest of four children and loves to be out in nature and around all sorts of animals. Miss Falter also enjoys photography, horse riding, helping in different ministries at her parish, and singing. She is always up to learning new things and is excited to follow in what the Lord has planned for her (Jer. 29:11). 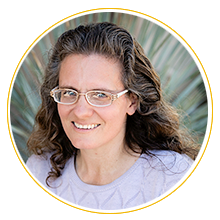 Mrs. Papandrea attended the Montessori Education Center of Arizona where she obtained her primary education certificate.  She later attended the Montessori Institute of Milwaukee in Wisconsin where she obtained her elementary education certificate.  She also received Levels One and Two Formation in the Catechesis of the Good Shepherd through Holy Family Catechetical Center in Phoenix.
After teaching primary classes in several Montessori schools in the Valley, Mrs. Papandrea helped co-found a Montessori charter school in Mesa at which she taught the elementary class.  After the birth of her son, she became a stay-home mother and eventually had six children, all of whom she homeschooled. In addition to the above, she taught preschool catechism for a number of years and more recently junior high theology as a volunteer in my parish religious education program.
She has always loved music and the study of music literature, history, and genres has always been her hobby.  She sang mezzo-soprano in choirs when she was young and was an active participant in youth and community theatre; if there was a musical play to be auditioned for in town, you can be sure she would be there, trying to get involved!  Sharing her passion with young people is one of the most delightful experiences she could possibly have. 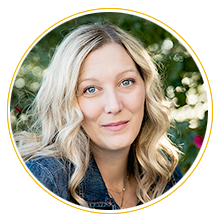 Mrs. Rhude received her Bachelor of Arts degree in Studio Art, with concentration in photography, from Hartwick College in Oneonta, NY. She spent the following 15 years in media and advertising in Boston and Phoenix. For the past 10 years Mrs. Rhude has owned and operated a photography and design business, never straying far from her love for art. She loves spending time expanding young minds to the possibilities in art and self expression. Her motto is “create art every day.”

She and her husband, John, have four wonderful children, ranging in age from grade school to high school. She is the photographer, designer, and owner of Three Curls Creative, named for her three daughters with curly hair, and a die-hard Boston sports fan.