As previously reported, we congratulated the Holy Family Academy Boys Baseball team on their May 5th Canyon Athletic Association (CAA) Division I 2022 Boys Baseball State Championship win. This was a fitting conclusion to their exciting season.

The Boys Baseball team recently received some additional exciting news from the CAA about several of its individual team members.

All State Team — Graduating Seniors, Sebastian DeMark and Thomas Obernuefemann, were both named to the Division I All State Team.

Player of the Year – Sebastian DeMark was named Player of the Year in recognition of his outstanding season.  He had 8 wins as a pitcher with 69 strike outs in 32 innings pitched. Sebastian was the best offensive player in the league with a .625 batting average, 25 hits, 28 runs batted in and 6 home runs.

Unfortunately, both players were only able to compete during their freshman (2019) and senior years (2022).  The 2020 and 2021 baseball seasons were cancelled due to COVID.  Ironically, the two seasons they were able to play resulted in State Championships.  Sebi and Tom will undoubtedly be missed for their leadership both on and off the field. 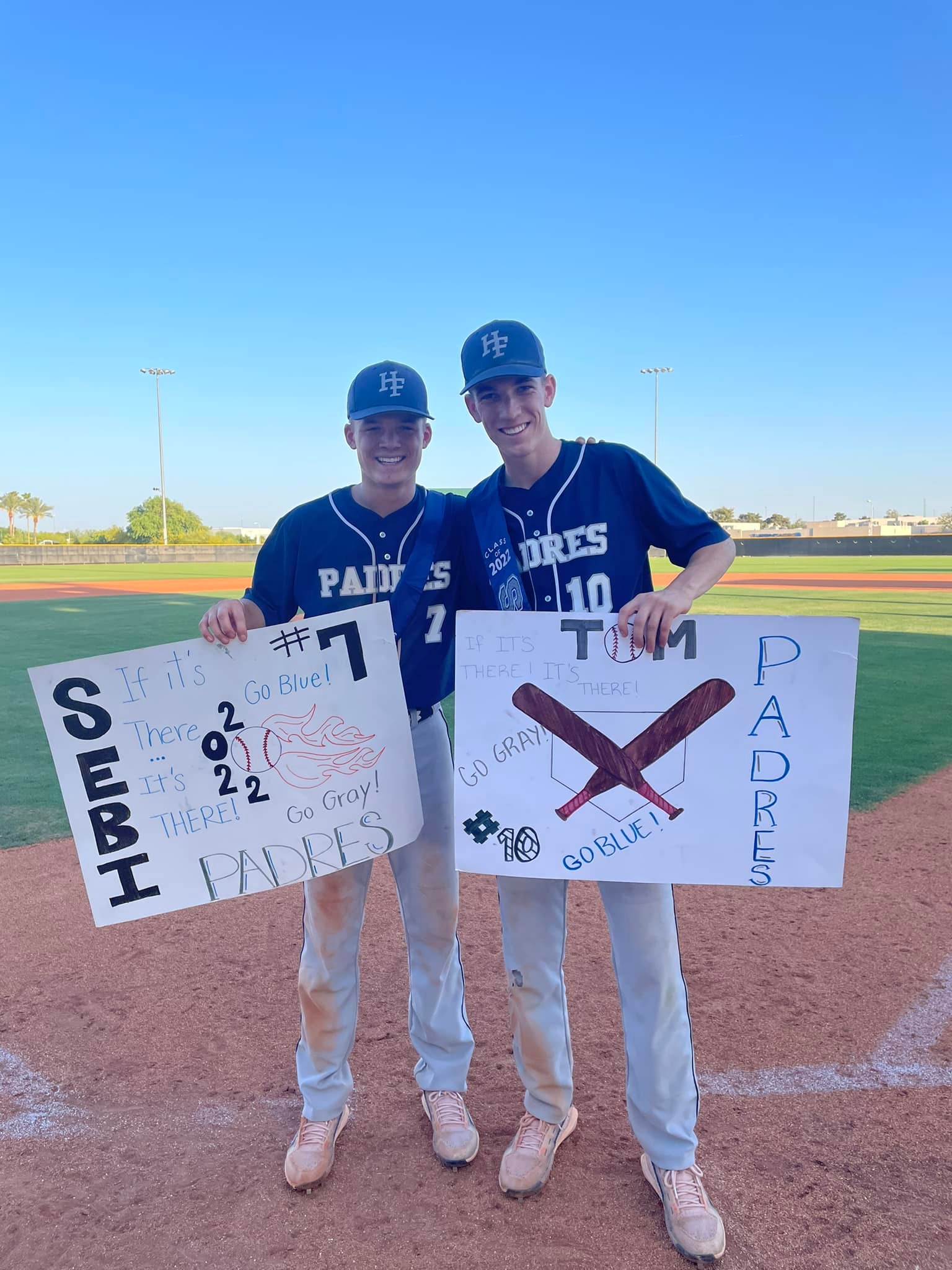