The Board of Directors is responsible for maintaining Holy Family Academy as a Catholic educational institution in good standing with the Diocese of Phoenix, directing its Catholic values through the curriculum and culture, overseeing its financial health, and providing guidance to the Principal in her role as the chief administrator of the Academy. 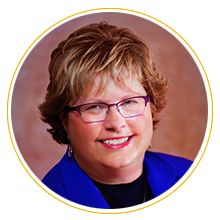 Dr. Shirley Weis is the Emerita Chief Administrative Officer of the Mayo Clinic where she was responsible for all operations of the $10 billion, 55,000 employee health system.  She currently is a member of the Board of Directors of Mednax/Pediatrix.  She has served on the Mayo Clinic Board of Trustees, Winona State University Foundation Board and numerous other boards and governing bodies.

Dr. Weis has a broad academic and teaching background.  She was a special advisor to Arizona State University President Michael M. Crow and served as a professor in the W. P. Carey School of Business and ASU College of Nursing and Health Innovation.  She is an adjunct professor at Michigan State University.

Dr. Weis is an Emerita Professor of the Mayo Clinic College of Medicine.  She has also taught healthcare leadership courses at the University of Minnesota’s Carlson School of Management, Michigan State University, University of Wisconsin-LaCrosse and for the Michigan Hospital Association.

Shirley and her husband John are proud grandparents of two granddaughters enrolled at Holy Family Academy. 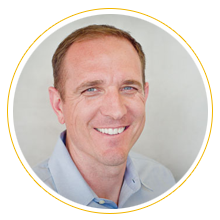 Shannon is the owner of O-Dentistry, a comprehensive family dental practice in Phoenix, AZ. Shannon was raised here in the Valley and attended Brophy College Preparatory. After graduation he headed north to attend Northern Arizona University where he obtained a Bachelor of Science in Chemistry. After graduation he attended the prestigious Marquette University School of Dentistry.

While at Marquette he received an Air Force scholarship and was accepted into an Advanced Education in General Dentistry residency. After spending time treating our service members he and his family moved back to Phoenix.

Always trying to improve his clinical skills Dr. Obernuefemann completed a two-year orthodontic seminar given by Progressive Orthodontic Seminars a leader in orthodontic training for the general dentist. 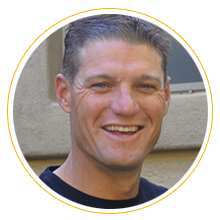 Dominic is the owner of DNG Construction, LLC. A native of Prescott, AZ, Dominic is a Certified Public Accountant in the State of Arizona.

After graduation from the University of San Diego with an Accounting degree, Dominic began his career in public accounting working for Ernst & Young, LLP for 5 years in their San Diego, CA and Phoenix, AZ offices. His love for construction led him to the construction industry in 2002 and for the past 10 years has owned DNG Construction specializing in commercial projects in the K-12 Education, Municipal, Religious and Recreation sectors.

Dominic has volunteered in the not-for-profit industry for the past 25 years providing pro bono services to various 501(c) entities and has served on three boards of directors’ positions during that time.

Dominic also volunteers as the Padres Varsity Baseball coach. He attempts to instill in the boys a greater love for baseball, character building on the team’s/their personal successes & failures and pride in HFA. 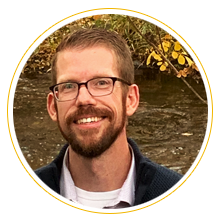 Mr. Latham received his B.A. in Art History from Kansas State University in 2007. He founded a new media marketing agency in 2003, and also worked in radio sales and promotions for several years.  He sold his agency in 2012 in order to devote his time to his family’s manufacturing firm, Roll Products, Inc. headquartered in St. Marys, Kansas.

In 2016, he became the president of Roll Products, overseeing its strategic plan and vision from its southwest location in Phoenix. He became majority owner of the corporation in 2019, and has guided its growth from a regional manufacturing company into national and international markets in the fields of office & logistics supply.

Mr. Latham is married with 4 children – all attending HFA, and is excited to bring his perspective and problem-solving abilities to the board of Holy Family Academy. 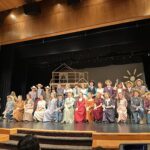 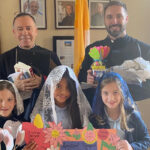 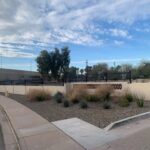