The Girls Volleyball team celebrated its championship season on Friday, April 29 with our annual awards banquet.  The event was hosted by Coaches Jon Graves, Dominique DeMark and Ryan Sublette at Holy Family Academy.  Highlights of the season were shared in a 2021-2022 Season in Review video.

Each player from the Junior Varsity and Varsity teams were recognized and interviewed by their coaches to the delight of their family and friends.  In addition, they were provided with a gift to commemorate the season.

Padres Award was presented to Hannah Wheaton in recognition of her conduct that best represented our Catholic virtues during the entire volleyball career. Hannah joined us after the 2019 season where she played against HFA in the finals.  She became friends with the girls of Padres Volleyball and decided to play for the Padres. It isn’t easy joining a State Championship team mid-career. Hannah made that transition from rival to friend quickly due to her modesty, kindness, and her servant’s heart.  She turned into an excellent volleyball player winning our 2020 Most Improved Player Award last season. She was a force in the middle, far and away the best offensive middle in the CAA.   In 2021 Hannah totaled 126 kills – 54% kill ration and .352% hitting efficiency.  She finishes her two year starter 38-0 and with 221 career kills.  Well earned “Tigger!”

Most Improved Player Award is Marian DeMark.   Already a Hall of Fame Player (All- State 2019) Marian dedicated herself in the club season following the 2020 championship campaign.  Her hitting efficiency rose from .280% in 2020 to .380% in 2021!   This was widely noticed as Marian has been named the CAA D-1 Player of the year picking up a second All – State selection as well.    Marian is a Padres Volleyball legend.   She has started as our outside hitter on all four of our seasons including the three Championship teams.  Her career record is 69-7 as a starter! Marian is the premier attacker in Padres and League history with 558 career kills.  She had 188 kills on the year, which is a team and league record.  Her Kill Ratio of 54.5% ranks her the #4 attacker in all of Arizona.  She intimidates opponents and inspires our younger players with her majestic play.   Everything she does looks spectacular, like a peacock, hence the nickname.   Thank you, Marian, for all you have meant to Padres Volleyball.  Congratulations on your hall of fame career.  As always… Let the Peacock Fly!

Most Valuable Player Award was awarded to Bella Graves.  Bella is the lone back-to-back All – State award recipient, in the CAA D-1.   In 2021, Bella led an offense that finished as the #1 attack in all of Arizona.    She is the #3 ranked setter in all of Arizona (10.2 assists/ set)    Bella is a excellent example of how champions are not born, they are made.  Bella was a seldom used reserve back row player on our 2019 team.  She dedicated herself in the club season to setting.      This clearly paid dividends as as she finishes her remarkable career as setter  with 1046 assists, a 36-0 record, and two state titles, and one Hall of Fame induction.

Holy Family Academy saluted the Volleyball team members for their outstanding efforts that yielded a third CAA Championship.  In addition, it thanked the HFA parents for their unwavering support and encouragement of the girls. 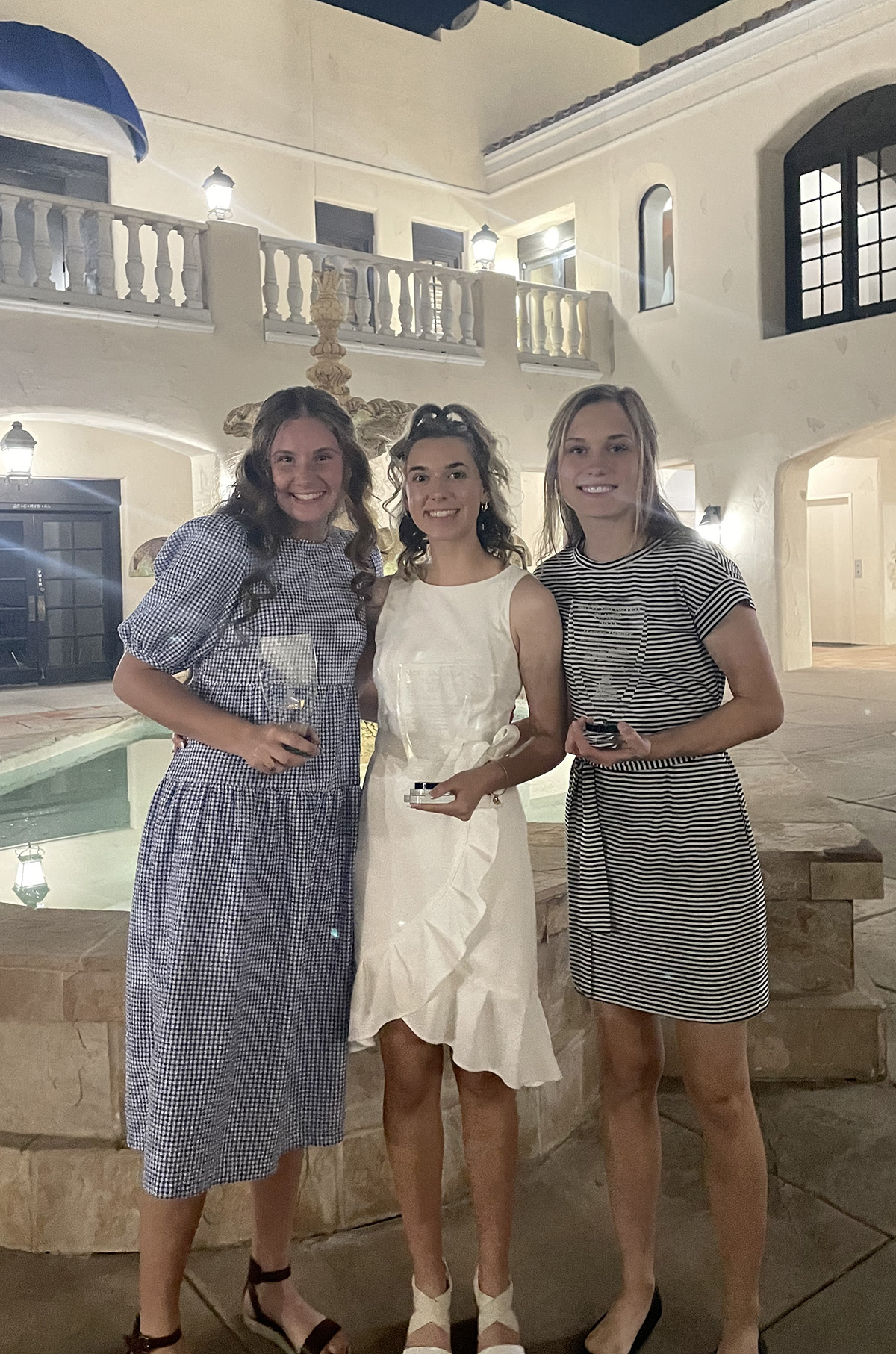